As you might expect, there’s not a lot going on at the cinema as we enter the doldrums between the Summer and the awards season which kicks off in mid-October.

America has the likes of “Shark Night 3D” of which all that can be said is found in the title, found-footage SF thriller “Apollo 18” and political drama “The Debt” to enjoy (or avoid) over the Labor Day weekend, whilst duking it out for box office supremacy in the UK are a re-release of Terence Malick’s “Days of Heaven”, Brit Horror “Kill List” and comedy horror remake, “Fright Night” – the only one of the bunch which would induce me to extract crinkly papers from my bill-fold. 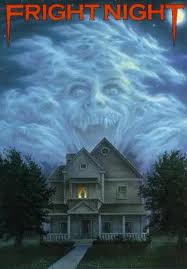 Comic Horror from the decade of neon leg-warmers and Walkmen 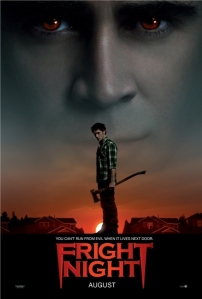 I really loved the original movie – a tale of suburban vampires, nerdy saviours of the world and campy horror tv hosts – and find myself looking forward to this contemporary revisit, not least because of the cast. 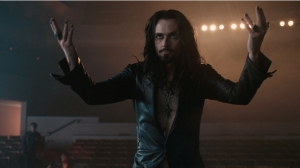 David Tennant in "Fright Night". Or his Norwegian Black Metal alter ego. One of those two.

Anton Yelchin, Colin Farrell, Toni Collette, Imogen Poots, Christopher Mintz-Plasse (yep, McLovin is Evil Ed) and the one, the only David Tennant, here taking on the iconic role of Peter Vincent, so brilliantly played by Roddy McDowall in the original 1985 film.