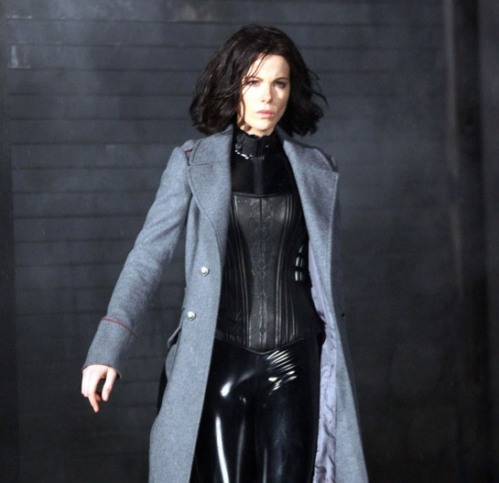 Loud Emo tunes, stylised goth posing, in 3D, with the Becks - at this point, they're making these flicks for me...

After the mostly Beckinsale-less prequel film, “Underworld – Rise of the Lycans”, the producers of the “Underworld” movies have seen sense and made another entry in the series, with Kate Beckinsale returning as moody, PVC-clad, werewolf smasher Selene.

“Underworld: Awakening” is due out in January 2012 everywhere in the world apart from the UK.  Seriously.  The official website lists an opening date for seemingly every other territory in the world apart from mine.  Hmm.  I suspect that the film will be out in the same time frame, but it does seem quite weird to omit the country of Beckinsale’s birth from that list.

Cynics would say that to miss the fourth film in this series is to miss nothing very much, but as I’m a fan of this admittedly goofy and absurd genre film series, I’m not one of them. 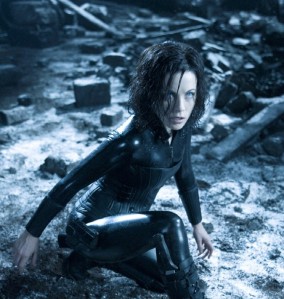 Deportment, style and the ability to separate your neck from your shoulders. What's not to love?

I love that these movies are so serious!  The ‘Vamps vs Were…sorry, Lycans‘ fiction of the films is so earnest and considered that it attains far more of a place in my heart than if it were just being chucked out in the market place to earn a quick buck (Any writer of fan fiction must look at this series and think “If they can do it, why can’t I?”).

The predominantly European settings also mark this out as different for me – which makes me wonder if this fourth, shot-in-Canada film will have a rather generic look, given that a good 60% of the SF tv shows that I watch are shot in the Great White North: I’ll be waiting for Callum Keith Rennie to show up every five minutes.

If you’re wanting to see the latest trailer, you can find it here – expect the Becks in PVC, lots of sliding through hordes of disposable bad guys, plate glass explosions, earnest posing atop buildings at night and yes, the promise that the movie is in 3D, as all genre horror/action movies must be nowadays. 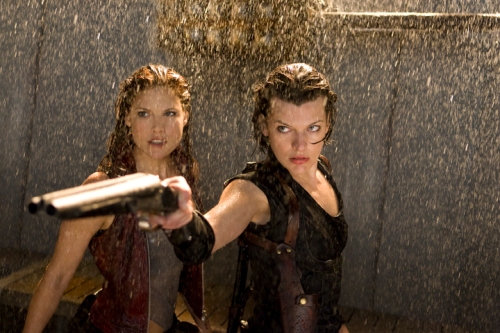 It's going to happen, isn't it?

Of course, the pressing question which must be answered is this: when are Screen Gems and Impact Pictures going to get together and make the ultimate throw-down – Kate Beckinsale vs Milla Jovovich in an “Underworld”/”Resident Evil” fan-service mash-up?  For the love of the Flying Spaghetti Monster, it practically writes itself.