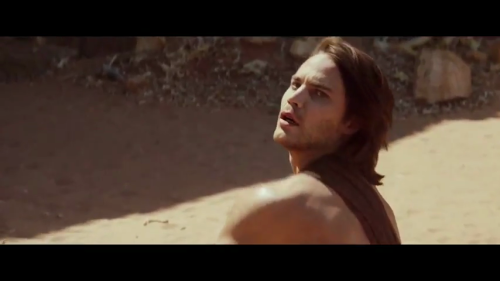 Perspective is a funny thing.

When you’ve been around for a while, you start to see the difference between being an influencer and just being influenced.

Take this second trailer for Andrew Stanton and Disney’s “John Carter”, for example.  Many online reactions to the footage have centred around perceived echoes to scenes from “Star Wars Episode Two: Attack of the Clones” (the arena battles and the alien creatures) and “Avatar” (erm…John Carter is covered in blue monster gunk at one point?).

So, it couldn’t be the case that James Cameron and George Lucas were influenced by pulp sci-fi classics and managed to get their visions to the screen first, then? 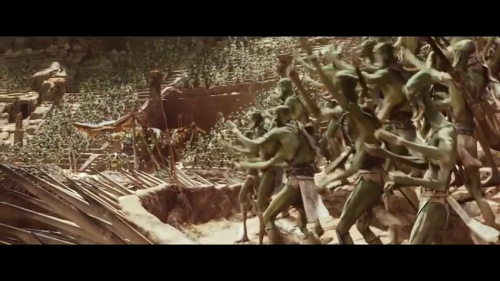 Not skimping on the CG creatures...

I will concur that this trailer feels a little more generic and slightly ‘Bro’ audience-friendly than the first teaser – when the Led Zep tune kicked in, my eyebrow raised in sympathy.  It’s a weird choice, no doubt – better to use some sympathetic cues from Howard Shore or James Horner than to have a rather out-of-place classic rock jam being rather out-of-place in a trailer which is going to get in front of a lot of eyes in the next month or so, surely?

Films (and film-makers) are the product of their influences, just as games and developers soak up influence and project it into their craft – witness the number of fans who look at “Halo” and the lore that Bungie created and then see “Aliens” for the first time and somehow convince themselves that James Cameron is guilty of ripping off a game which came out perhaps twenty years after he began work on his film.  It’s asinine and absurd, but less well-informed fans will insist on believing it.

Influence and those who are influenced – look into it.

“Mass Effect 2” sequence gets second chance in “ME3”.

Per stories up at Joystiq and Kotaku, BioWare have taken a plot strand excised from the second game in the series and reinstated it in 2012’s eagerly-anticipated “Mass Effect 3”.

The first thought which comes to mind is that this can’t really be all that big a plot strand if it can be left on the coding room floor, so to speak, and summarily added to another game.

Shepherd fetch quest for the win?

Snark aside, more “Mass Effect” can only be a good thing in my book.  Which reminds me, I’ve still got the “Lair of the Shadow Broker” DLC from “ME2” to get through over the Festive Season.