If you’ve been following the gestation of Ridley Scott’s return to cinematic sci-fi with “Prometheus”, you could be forgiven for getting slightly impatient at the wait for the first trailer for the movie.  And, no, that heavily circulated camcorder-off-screen job didn’t count (you couldn’t see anything, anyway).

You might have killed some time for the first glimpse of the film by, say, getting up early one morning recently and watching the awesome Blu-Ray transfer of “Alien” on your Projector at home, heading off the spectre of insomnia by being so wigged-out by Scott’s horror classic that sleep isn’t really an option afterwards.

Purely hypothetical, that one, FYI.

The take-away from that viewing is that Ridley Scott’s eye hasn’t diminished in the intervening years – he’s still the great visual artist that he was back in 1978/9 and his return to the genre is my most eagerly anticipated film of next year. 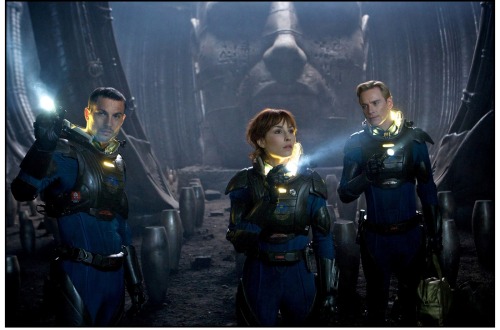 The trailer is expected imminently – I’m going to bet that it might show up in front of “Sherlock Holmes: A Game of Shadows” or “The Girl With The Dragon Tattoo”. 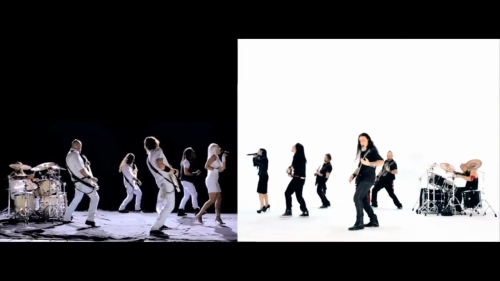 If you were to hop over to US clothing chain Hot Topic’s website , you could get all the US dates for their forthcoming tour – they’re part of Megadeth’s ‘Gigantour’ touring festival, with Motorhead and Volbeat.

Sounds sweet to me.

And if you head over to Hot Topic’s YouTube channel, you can catch the video for “Trip the Darkness”, which has some very neat yin/yang-style visuals.

Hey up - it's Cristina Scabbia rocking the house!

Their new album, “Dark Adrenaline”, is out in Europe and the US in January – or as soon as a certain, river-based retailer ships my copy to me.