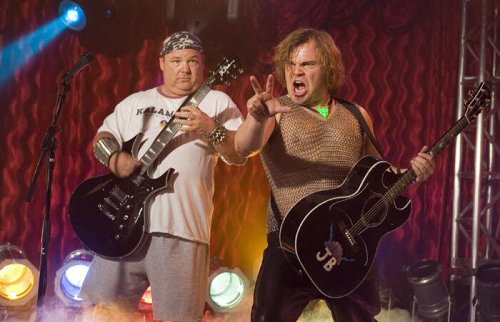 Festival organizer Andy Copping has announced another complement of bands in the summer festival arms race – Download 2012 will see sets from the reformed Soundgarden, Tenacious D, Chase and Status, You Me At Six and Biffy Clyro.

You Me At Six - the phrase 'Cheeky Chappies' comes to mind...

I’d keep an eye on the Download forum for more announcements – or listen to Dan Carter’s Rock Show on the UK Radio One tonight, where he’ll be announcing another nine bands.  And, yes, I did just advocate listening to Radio One.  Clearly, the world has gone topsy-turvy…

Any chance of some spectacularly unfashionable European Symphonic Metal, chaps?  Or is that a bit more Bloodstock?

Tagged as Biffy Clyro, Chase and Status, Download 2012, Soundgarden, Tenacious D, You Me At Six

Who asked for a Fantastic Four reboot?

Reports circulating this weekend are suggesting that the director of forthcoming ‘found footage’ superhero movie “Chronicle” –  a trailer can be found here – Josh Trank is the front-runner to direct Twentieth Century Fox‘s reboot of their “Fantastic Four“ franchise. 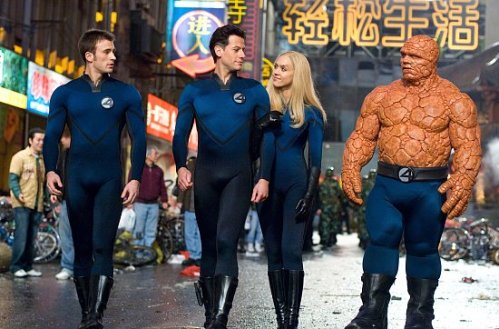 Putting aside the fact that the only reasons for Fox to so eagerly pursue a reboot are that (A) Chris Evans is otherwise engaged , (B) they need another superhero franchise to fill those “X-Men” sized holes in their release schedule and (C) they want to prevent the rights from reverting back to Marvel, is anybody really calling out for a reboot of this comic series on the big screen?

I was quite fond of the first movie in the series and enjoyed the second instalment even more – neither were exactly Shakespearean in their scope and storytelling, but then they didn’t pretend to be.  At heart, the Fantastic Four have always been a dysfunctional family and the two films we’ve seen to date did a perfectly good job of making the FF bicker like brothers and sister on a particularly long road trip.

The reason that I note this is that some of the directors previously linked to this reboot – Joe Carnahan, David Yates and James McTeigue – are not the kind of film makers that one generally summons if you’re wanting to make light-hearted, summer adventure fare.  We’re talking darker, grittier and more adult fare when you want to hire those guys, and none of those adjectives exactly say ‘Fantastic Four’ to me.

Fox’s recent efforts at making superhero adventures have been variable in quality – for every superb “X-Men: First Class“, we’ve had an “X-Men: The Last Stand“ or – shudder – “X-Men Origins: Wolverine“, mediocre products of multiple levels of misguided interference.

Are we really to suspect that the studio will be able to resist the temptation to meddle with the property and not turn it into some ‘me, too!’ variety, Christopher Nolan-aping , would-be operatic glum-fest?   Nolan’s a one-off, married to the right project, to wonderful effect.  Chasing the ‘mature comics’ dollar didn’t exactly work for “Watchmen”, so why would Fox think that it might for Reed Richards and co?

After THAT ending to season two of “Sherlock” – which, if you haven’t seen it, I wouldn’t dream of spoiling – Steven Moffat put on his best showman’s hat and confirmed that there will be a third season of the BBC Arthur Conan Doyle update.  All that we have to do now is get two parts of “The Hobbit”, the next series of “Doctor Who”  and “Star Trek 2” out-of-the-way and all concerned in front of (and behind) the camera can give the further adventures of Holmes and Watson their fullest attentions.

I think that this is a show which benefits from being revisited, so I don’t think that I can really properly review the last episode without seeing it again – so many twists, reversals, clever bits and devilish misdirection make it the kind of programme that you have to see again with the knowledge that you carry forward from an initial viewing.

It was tremendously exciting TV from the outset, with killer acting from Cumberbatch, who’s entirely prepared to be true to Holmes’ character and make him an insufferable ass, cruel to those to care for him but never so devoid of humanity that he becomes absolutely unsympathetic.  In an age where reality TV wants to smooth out imperfections and make our heroes and heroines ciphers who don’t offer complex contradictions or, well, recognizable human quirks lest they not be immediately telegraphed for instant understanding, this iteration of Holmes is incredibly refreshing and compulsively watchable.

Fantastic, too, was Martin Freeman as Watson – he shows us that he cares deeply for Holmes (which his brilliant friend appears to misinterpret as caring more about the public perception of the duo – public image and the way in which it is manipulated by the tabloid press was a theme running throughout the storyline) but does this with tremendous subtlety and grace.   He’s a far more accomplished dramatic actor than I gave him credit for, having really only seen him in “The Hitchhiker’s Guide To The Galaxy” film adaptation before he appeared in this film.

We only get three episodes of “Sherlock” every eighteen months or so, but when they are this consistently good it feels quite churlish to complain about perceived brevity – if the alternative is a generous abundance of mediocrity, I’ll take being (relatively) short-changed by the number of episodes in a series any day of the week.