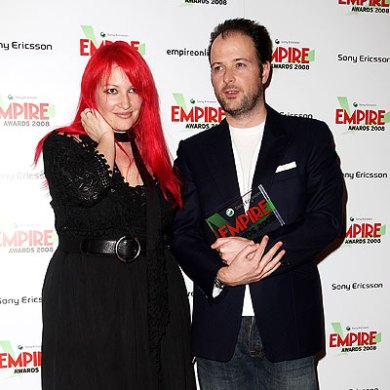 In news bound to cheer up fans of smarter superhero fare, director Matthew Vaughn has signed up to direct a sequel to last year’s quite ace “X-Men: First Class”

Hopefully this also means that Jane Goldman (pictured above, with her signature crimson hair which is clearly her bad-ass super-power) will also return – though Empire’s story at the link above indicates that regular Twentieth Century Fox writer/producer Simon Kinberg (“Fantastic Four”/”Mr and  Mrs Smith”) is initially flinging words into his laptop and hoping something sticks.

An early request from this corner – can we hope for a sequel where most of the female members of the team don’t have to walk about in their underwear in the service of ‘being undercover’?  Cheers.