“Wrath of the Titans” – reviewed! 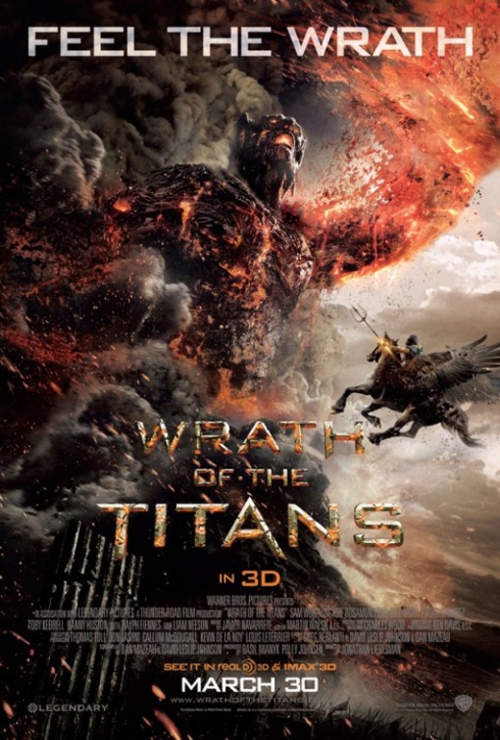 No Kraken were armed in the making of this motion picture – but Greek mythology was slightly bruised by liberties in the script.

I think that most people can agree that the remake of “Clash of the Titans“ could have been better.  The greatest source material that you could hope for – Greek mythology, for the sake of the Gods! – and what director Louis Leterrier delivered was some nifty effects, set design, a stellar cast and a story which seemed plodding and dull.  That’s somewhat unforgivable, frankly.   It was a success at the box office, but had a terrible post-conversion to 3D and even star Sam Worthington felt that a better movie was needed from a sequel.

And, even though this isn’t the best movie ever made, it’s a hell of a lot better than the first entry in the series. 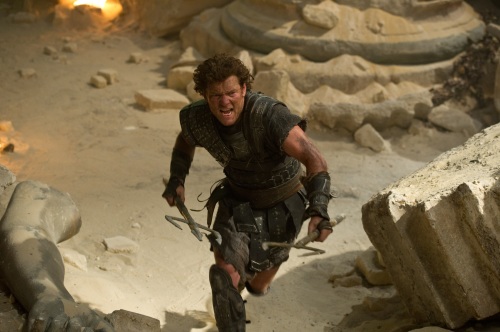 This time around, Worthington’s Perseus has rejected his half-God status to live a simple life as a fisherman, raising his son Helius in what passes for peacetime in ancient Greece (Io, Perseus’ love interest in the first film is no more, a plot detail in no way driven by Gemma Arterton‘s fee going up between that flick and this sequel).  As you might expect, peace exists in a film like this only to be shattered and it’s not long before all manner of Gods and Titans are kicking ass and putting the mortal characters in the thick of a battle for the fate of the universe.

So, small beans then? 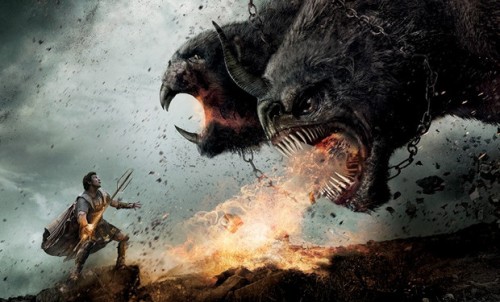 You want to get that looked at, mate...

This is basically a classic quest narrative, as befits the source material, with Perseus teaming up with Greek warrior Queen Andromeda (a lovely, brilliantly posh, somewhat underused Rosamund Pike),  and fellow half-god/half-mortal rogue Agenor (Toby Kebbell – the best thing in the movie) to acquire a weapon god-tier enough to beat the God Kronos who wants to unleash Titans on a planet which has lost all respect for the Gods. 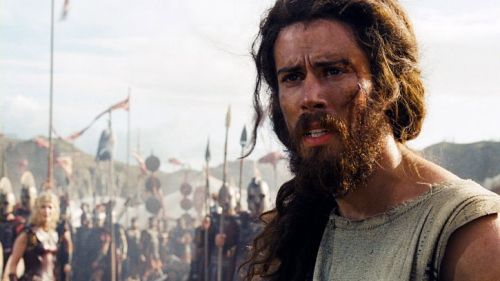 The man, the myth, the crusty beard - Toby Kebbell

If it’s spectacle that you go to the movies for, then this film delivers that with almost casual aplomb.  Unlike the laboured and oddly static original, “Wrath…” hits the ground running in its first ten minutes and doesn’t really come up for air until the end credits.  The ‘bigger/better/badder’ mantra is frequently thrown around with sequels as an indicator for the floating ticket buyer that they’ll get value for money from the film. 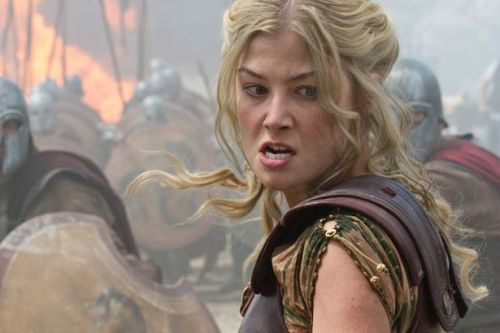 I saw this film today in the new IMAX/LieMax 3D screen at my local multiplex in Sheffield and it was a feast for the eyes – the 3D is still post-converted but it’s a good job, achieved with more time allocated to the conversion and with a stereographer on set, per director Jonathan Liebesman‘s recent interviews.  The effects work is particularly impressive during a sequence set in the Labyrinth which guards a mortal back-door to the God prison in Tartarus.  Things are popping past you, dimensions are being played with and the scale of the thing is something, truly, to behold.

It’s not all good, however.  That same sequence in the Labyrinth bears witness to the worst example of action movie editing and photography that I’ve seen in a while – it’s all handheld camera work, blink and miss it edits and totally impossible to follow, even on a screen taller than my house.  Apparently, somebody on-screen was vanquished but you’d be hard pressed to tell how it was done – a pox on you Paul Greengrass wannabes!

Sam Worthington’s actually quite likeable this time around – he’s not the pissed-off, MMA fighter badass of the first movie and his performance is all the better for it.  He’s good at stoic, pretty good at delivering the one-liners his character gets this time around and a suitable foil for Toby Kebbell’s brilliantly cool and disreputable Agenor.  Neither characters wants to be a god or lead men, but when the plot calls for them to put aside earthly concerns for the good of their fellow-men, both rise to their missions brilliantly – I’m not asking questions particularly about how Agenor got to be a master tactician and lead a major part of the Greek army in the climactic battle, but I’m glad that he did.  Even if he did look like a member of 90’s UK alternative rock troubadours, The Levellers whilst doing so.

TL;DR version?  Better than the first one (especially in IMAX), far peppier and a decent way to spend a couple of hours at the multiplex.   Still loud, funnier and better acted than the first – I’d be up for a third movie.

Not something I expected to be saying this time yesterday, let me tell you.  And I didn’t even mention Bill Nighy in the review!  He’s in it – playing mentalist inventor Hephaestus, replete with a most unexpected, contextually ludicrous and bloody glorious Yorkshire accent: Greatest Living Englishman status confirmed!

4 responses to ““Wrath of the Titans” – reviewed!”