What Joss Did Next… 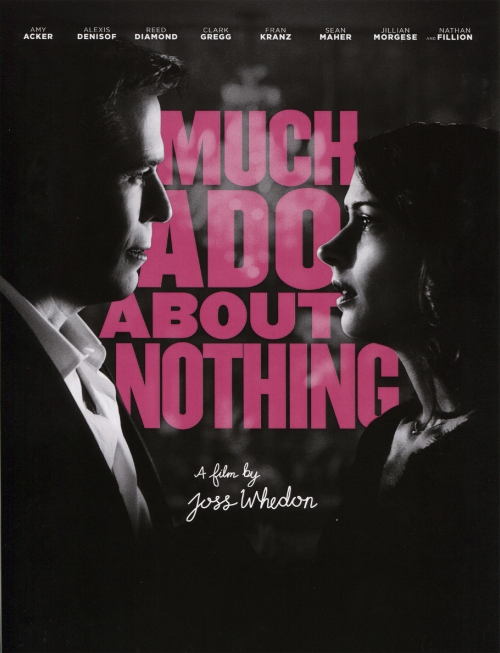 So, how do you follow-up last year’s barely seen, low-budget success d’estime, “The Avengers”?  It came and went from theatres in about a week, hardly made a dent at the box office.   I don’t blame you for never having heard of it.

Luckily, somebody’s decided to let Joss Whedon out of movie jail and given him the chance to make amends for bombing so badly last time out by making something with sure-fire commercial potential – a can’t-miss, four-quadrant, summer blockbuster of a flick.

He’s only gone and made a Shakespeare adaptation!  Why, you’d almost think that he’d just made a billion dollar superhero smash and thus had carte blanche to follow his muse, call in some mates and make the Bard relevant to Generation Twitter.  Such absurdity!  It’s almost as if you have to direct a successful movie version of “Much Ado…” in order to be allowed the keys to the House of Ideas movie toy box…