Edgar Wright’s “The World’s End” to shoot in September? 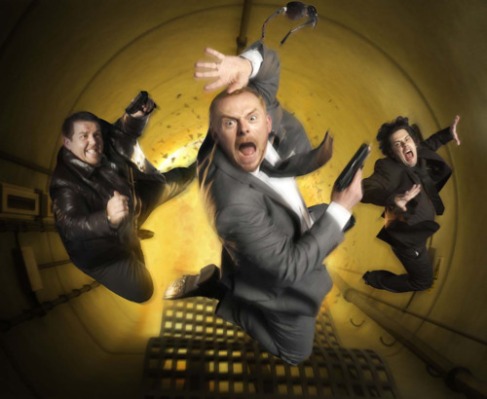 Per Deadline’s story, Edgar Wright, Simon Pegg and Nick Frost will reunite for the third in the loose trilogy which began with “Shaun of the Dead“ and continued with “Hot Fuzz“, with shooting expected to start in September and a Spring 2013 release pencilled in. 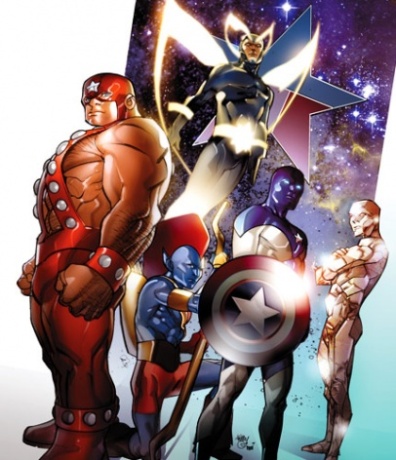 What this means for the heavily rumoured, Wright-helmed “Ant Man“ movie is anybody’s guess – will we get a “Guardians of the Galaxy” (that’s them pictured above) movie instead in 2014 or the equally long talked-up “Doctor Strange“ film to bolster the cosmic side of the Marvel movie universe?

Ant for my next trick…

Via The Mary Sue (and Edgar Wright on Twitter).

As Edgar says – what can it mean?  And will it star Nathan Fillion, more to the point?  In this post-“Avengers“ filmic world, the hot topic is how Marvel Studios intend to follow-up on the ludicrous, record-slaying success of the first movie.

We have a sequel to “Iron Man” and “Thor” due in 2013 and “Captain America“ in 2014 – the very earliest that we might expect to see an “Avengers” follow-up is 2015 and if Edgar’s cryptic Tweet is to be taken at absolute face value, his much-ballyhooed “Ant Man“ movie might be nearer to being green-lit than previously thought.  Which would give us another suitable member of the “Avengers” squad to cheer on in a couple of years, all being well.

Who is Ant Man?  Marvel Wiki is your friend…

He’s not a character devoid of controversy – but I would expect that kind of thing to be RetConned out of any filmic incarnation.  It’s okay for Tony Stark to have some alcohol intake problems if they serve the plot – but nobody really wants to see the next “Iron Man” play like an indirect sequel to “Leaving Las Vegas“, do they?  And I kind of doubt that Marvel are going to spend any of those “Avengers” takings on shooting a film where the lead character beats up his significant heroine other.

Edgar Wright?  A script by Joe Cornish? Crazy special effects and visual imagination running riot from one of the most exciting filmmakers of his generation?   Can I give you the ticket money now or do I have to wait on a list?