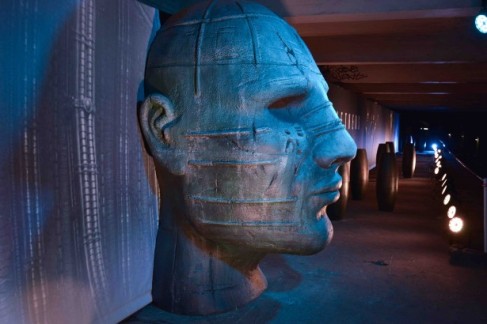 Take one abandoned subway station on the Paris Metro, stir in a pinch of advance promo for an eagerly awaited Ridley Scott blockbuster and marvel at the results…

This kind of shizz never makes it up to my neck of the woods – I’m still steamed that I didn’t get a gigantic “Avengers“ billboard near my work place (“Dark Shadows“ gets one, oh yes, but no love for Earth’s Mightiest Heroes) – and I can only imagine how cool/terrifying it would be to see a big old ancient noggin popping out at you as you make your way home whilst steadily being crushed by commuters on the ol’ Ligne 9.

Added to the excellent viral media campaign that Fox have been running for “Prometheus“, some very smart people are probably going to succeed in the previously fraught goal of getting me to give Rupert Murdoch my money.

I mean, this kind of stuff is art, no? 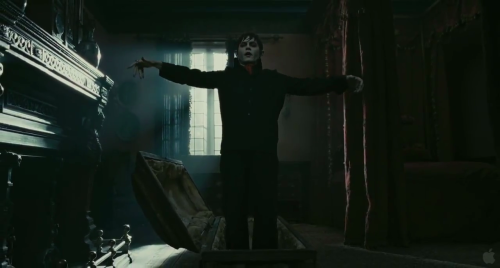 Neatly side-stepping the negative chatter online about the closeness of the release date and the absence of a trailer, Tim Burton’s upcoming revision of 70’s gothic soap, “Dark Shadows” now has a trailer available and it’s looking pretty keen. 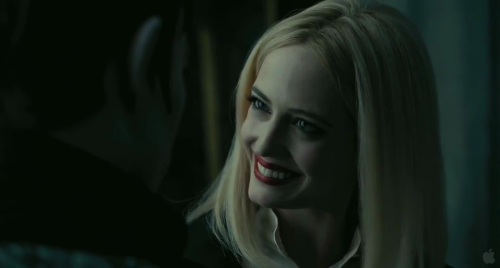 The campy and the scary seem intertwined in this first look – we’ve got flashbacks to the tragic past of Johnny Depp’s Barnabas Collins, some broadly comedic swipes at seventies kitsch (Who hasn’t wanted to destroy a TV when the Carpenters showed up on it?) and Eva Green playing a once-spurned  Witch who won’t take no for an answer (she’s handling the scary quite well – if there’s an actress who was born to do gothic and the ‘alluring/menacing’ dichotomy , it’s Eva Green). 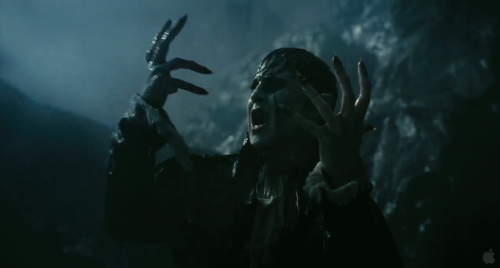 The film opens on May 11th and looks like a must-see for me – I’m just hoping that screenwriter John August and Tim Burton can get the clash of tone between daffy comedy and tragic horror to mesh, because my favourite Burton flick is “Sleepy Hollow” and this seems reasonably reminiscent of that film’s vibe.

A Season of Vamps – “Dark Shadows” 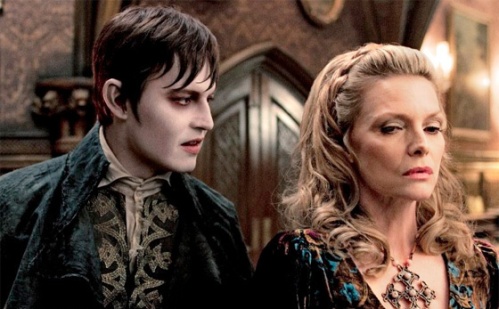 I’m not sure how this latest Tim Burton/Johnny Depp Goth Bro-Fest is going to play out, but it at least looks like it has the possibility of being fun.

And when was the last time that you could say that?

I’ve not personally enjoyed a Depp/Burton collaboration since the glorious “Sleepy Hollow” back in 1999 – and I’m hoping that this gothic soap opera adaptation is rather more akin to that film’s loving appropriation of Hammer horror iconography and genuine scares than the pallid, ‘chuck some CG at the screen and see what sticks’ work that Burton’s been turning out for the last decade or so.

The seventies setting of “Dark Shadows” is an interesting choice (I imagine it must seem as far away as the 1880’s to younger audiences) and the cast is to die for, with Eva Green, Michelle Pfeiffer, Christopher Lee, Alice Cooper, some dame called Helena Bonham Carter all rising from their graves in support of Depp’s curiously-hairstyled vampire playboy, Barnabas Collins.