The Fast and the Furyon

After months of drip-fed stills, we’ve finally got a first look at the new “Riddick” movie in motion. 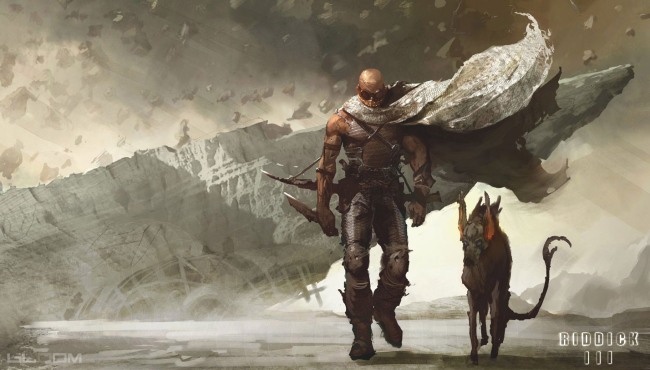 It’s a teaser trailer in the truest sense of the word, clocking in at a brief 22 seconds, but no doubt acts as the outrider for a longer glimpse at What Vin Did Next – perhaps due in front of an audience primed and ready for the vehicular smack-down of “Fast Six“?

Whilst many an online movie outlet has been downright sniffy about the low-key publicity campaign that Diesel and longtime collaborator David Twohy have been engaged in – most updates on the project have come directly via Diesel’s Facebook group – I can’t help but feel that this strategy is a smart one which might be copied by any new media-savvy star.  Why not convert that millions-strong Twitter following into engaged consumers storming the box office come Friday night and the release of your new flick?

Films increasingly cost an absurd amount of money to make, and any way of engaging and reaching out to people who will get the word out to their friends and family about a new release can only help a film’s opening weekend in a marketplace which is more competitive than ever.  This third outing for “Riddick” is, after all,  a more stripped-down effort than the second film’s budget-straining, Sci-Fantasy universe building, so surely any attempt to intelligently engage with an audience who want to see the film has to make more sense than blanketing television channels with adverts that Tivo owners just zip through?

We’ll see who has the last laugh when the film opens in the US on September 6th.