Video games and movies – traditionally uncomfortable bedfellows, wouldn’t you agree?   Made on the cheap, by inexperienced directors graduating from making adverts and frequently starring actors who would clearly rather be doing something else, the list of video game adaptations is a list of movies which aim low and miss even that humble goal.

So, perhaps, a different strategy is required?

Disney‘s “Wreck-It Ralph” is a movie set in the world of arcade games, has cameo appearances from many classic gaming characters and does such a good job of imbibing the essence of video games and utilising the best aspects of film that you wonder why in the name of Mario Mario anybody would want to make a cheap cash-in action flick out of an FPS when they could be doing something far more worthwhile – and financially lucrative – like this.

The film follows the titular anti-hero, voiced wonderfully by John C. Reilly, who toils as the archetypal bad guy in 1980’s arcade game “Fix-It Felix Jnr.”  A combination of career fatigue, hostile co-workers and a lack of cake prompts Ralph to experience a mid-life crisis and our protagonist realises that he no longer wants to be bad.  As noble an ambition as that is, the video game world needs antagonists and Ralph soon realises that he’s going to have to take matters into his own gigantic, 8-bit hands by winning a medal and reaping the spoils which come from ascending an arcade game’s leader boards. 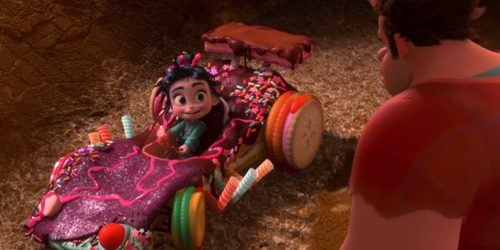 Though steeped in nerdy video game arcana – oh hai there, Konami code! – “Wreck-It Ralph” functions best as a propulsive action adventure with a simple and mostly unobtrusive moral about the importance of not judging books by their cover, and is well served by a talented voice cast.  Reilly is impeccable as the sad sack wannabe nice guy, Sarah Silverman is just on the right side of the cute/annoying divide as game glitch Vanellope, as ostracised by the other characters in her kart racer game “Sugar Rush” as Ralph is in his digital home.

You don’t need to have an encyclopaedic knowledge of arcade gaming, home consoles and game trivia to get the most out of “…Ralph” – sensibly, this film concentrates on inhabiting the world and giving a layer of delightful referential subtext for fans to geek out over whilst allowing a young audience to enjoy a blisteringly-paced adventure with so many primary colours on screen during the “Sugar Rush” race sequences that you’ll think you’re having some sort of acid flash-forward.

A must for gamers, a safe bet for family audiences and a fine addition to the ongoing canon of Disney animation, “Wreck-It Ralph” is a deftly-made, charming example of what the House of Mouse does best and illustrates the combination of artistry and storytelling which marks them out from their competitors in the overcrowded CG animation field.

If there’s a way to make movie video game adaptations better, I’d wager that one way to do it would be to get good actors and directors involved.  As things stand, video game movies are viewed by Hollywood as seemingly one step up from direct to video fare – perhaps today’s announcement from Ubisoft might go some way towards changing that.

They’ve somehow managed to snag Michael Fassbender to co-produce and star in an adaptation of their “Assassin’s Creed” series of games – which I confess lost my interest with the first game in the franchise.  Beautiful to look at, but cursed with gameplay that could be used to aid those suffering from insomnia disorders, I’m led to believe that subsequent games picked up the pace quite dramatically and were actually fairly decent – oh, to have the time to check that supposition out.

Getting Fassbender is quite a coup  as he brings credibility and – let’s be honest – ridiculous good looks to a franchise which needs to establish itself to a wide audience in order to be a success, given the property’s blend of historical fact, bonkers conspiracy-driven Sci-Fi and stabby-stabby murdering.  Not exactly a combo designed to appeal to the floating multiplex voter, I think you’ll agree. 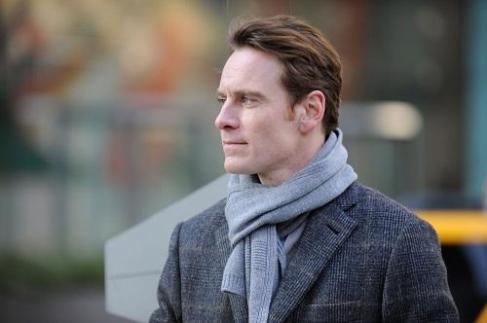 If anybody can get bums on these particular seats, though, it’s my favourite German-Irish self-confessed metalhead.  As for a director, what about this fine mentalist for the vacant gig?