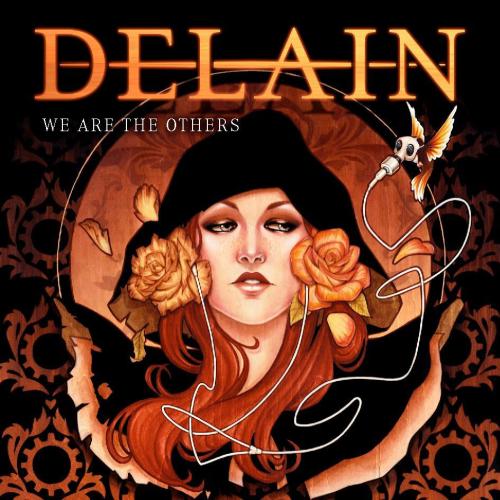 The best thing that Delain have done to date? I should say so…

Inspired by Angry Metal Guy’s list, and because everybody loves a top ten (no matter how arbitrary they end up being), here’s my selection of the best records in 2012 so far.   I can’t really say that anything which I’ve picked up has been a massive disappointment, and I’ve even found a band in the form of Diabulus In Musica who I totally adore and had never heard of before taking a chance on their second release.  Excellent returns from old-hands, convincing albums from established Euro Metal acts and cracking debut collections – you can’t say fairer than that from a year, can you?

1) Delain – “We Are The Others”.  Clearly the best album this gifted Dutch symphonic metal quintet have released so far – as much for the ways that it diverts from the established musical template of that genre whilst still retaining their identity.  It’s the kind of record with enough diversity that your favourite song will change with each listening session – for me, the late-album track “Are You Done With Me?” is an alternate universe smash hit, but “I Want You” is also a genius slab of knowingly overwrought, sweeping metal balladry whose lyrics take a delicious, twisted about face in the last minute or two.

2) Luca Turilli‘s Rhapsody – “Ascending to Infinity”.  Face-melting operatic insanity from the former Rhapsody of Fire guitarist.  The soundtrack to movies not yet made, with a lovely cover of the Alessandro Safina opera/pop crossover hit, “Luna”, which somehow perfectly fits in with the neo-classical influence and metal flourishes evident elsewhere.

3) Epica – “Requiem for the Indifferent”.  Confident, seemingly effortlessly melodic symphonic goodness from Simone Simons and co – but with the underpinning, genuinely metallic riffing and musicianship which carves the band out a distinctive place of their own amidst the multitude of European bands playing in a similar musical field.  This is a record which I’ll be returning to repeatedly in the months to come, ahead of the band’s UK tour at the end of 2012.

4) Van Halen – “A Different Kind of Truth”.  I was an early doubter of this legendarily fractious band’s ability to bounce back, record a record and tour it without something bad happening.  Thankfully, that doubt is more than eclipsed by the quality of this album – it might be a selection of reworked seventies cuts which never made it onto studio records first time around, but the end release is classic Van Halen.  End of debate, I guess.  The proof’s in the likes of “Blood and Fire”, “She’s The Woman” and “Stay Frosty” – all evidence that the VH you know and love still has it. 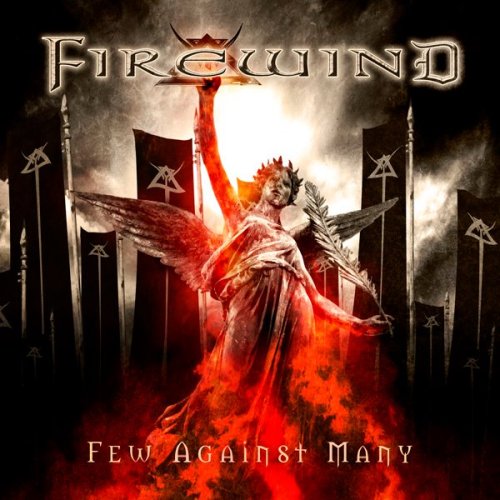 5) Firewind – “Few Against Many”.  A departure from Firewind’s expected Power Metal sound, introducing 70’s hard rock influences into the mix and doing it without sacrificing the riffs and splendid solos that you want from guitar genius, Gus G.

6) Sabaton – “Carolus Rex“.  Sweden’s finest purveyors of fist-pumping, martial tunes about war and gubbins head way back into Swedish history for a tale of divine presumption, flawed military campaigns and good old-fashioned hubris married to some of the best tunes they’ve ever written.  All that and inter-band strife which led to the group splintering and taking on a new rhythm section and guitarists right as the record released.  For my money – currently £5.00 and coffee stamp card for the local java palace – “Lion From The North” is the best damn thing that they’ve recorded yet.  I look forward to seeing Joakim and co. pile drive it into the faces of the faithful at their Sheffield show in November…

7) Lacuna Coil – “Dark Adrenaline”.  Many fans were split on the merits of Lacuna Coil’s fifth album, “Shallow Life“.  I wasn’t one of those who didn’t care for it (There’s some classic tunes on there – “I Won’t Tell You”, “Underdog”, “The Pain”) but I think that most fans will agree that Lacuna Coil’s 2012 record is a genuine monster of an album – not that these things count, but it’s been the highest charting release in their career in many countries.   Sleek, modern production makes the likes of “Against You” and “Tell Me Something More” sound impressively huge and expansive – a progressive and contemporary sounding record which skilfully integrates their electronic underpinnings with fantastic, gut-punching riffs and solos.  Modern Metal for the discerning?  I should say so.

8) Halestorm  –“The Strange Case Of…”.  I’m inclined to say that this is the closest thing that this list will get to provoking controversy, as in some corners this band is very much persona non grata – a radio-friendly US rock quartet led by noted spell-check confoundress, Lzzy Hale whose tunes have been tearing up US radio and sneaking into “Glee”, just for the hell of it.  There’s no doubt that they have their detractors, but I’m not one of them and I’m pretty sure that this record is a quantum jump forward from their debut album.

That wasn’t a terrible record by any sensible application of the term, but it pales in comparison to this record – go and listen to “American Boys” or “I Miss The Misery” and be hooked by the riffs, Lzzy’s voice – which goes from zero to ‘whisky-soaked, bar-room fight starting hellion’ in five seconds flat.    Not Metal, but bloody magnificent.

9) Diabulus in Musica – “The Wanderer”.  This appallingly photogenic band of Spanish symphonic metallers are one of the few bands with the ‘beauty & the beast’ vocal divergence that I can get behind without feeling slightly as though I’m being growled and simpered at by a sugar-deprived Cookie Monster and his mate, Dame Olivia Von Divason.  The symphonic synths, galloping guitars and dark operatic vocals on “Ex Nihilo” make for some of my favourite tunes of the year – in fact, it may be my favourite trad metal song of 2012.  UK shows, please!

10) End of September – Self-titled.  One of the bands that I’ve discovered through a review in the UK’s “Power Play” rock magazine, and a genuinely nice surprise.  Hailing from Sweden and straddling the middle ground between Delain, contemporary Within Temptation and, say, Kamelot, End of September have a female vocalist in Elin Redin who doesn’t go for operatic flourishes but a soulful, distinctive and plaintive tone which serves the band excellently.  If you love your rock big, dramatic but not veering into the full-on metal attack of many groups in this top ten, End of September are a band that you’ll definitely want to listen out for.  Their single “Isolated” is a great indicator of their sound – if you like that, you’ll love their album.