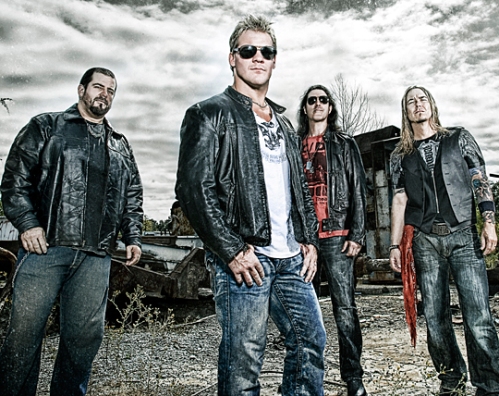 In other news, unrelated to delightful dogs and fine cities, excellent US rock band Fozzy are touring the UK with Soil this Autumn…and they’re not really playing near me.  This is clearly a heavy-handed attempt on the behalf of excellent touring rock bands to keep me at home for at least part of November.  For shame, sir!

I shall have to content myself with listening to their new record, “Sin and Bones”, which Century Media releases on August 13th.  If you’re thinking that you recognize Fozzy‘s lead singer, that’s probably because you’ve been a fan of WWE and all that wrassling carry-on – yes, that’s Chris Jericho rocking the mic and a fine job he does of it too.

New Tarja live record in August – no octave left behind 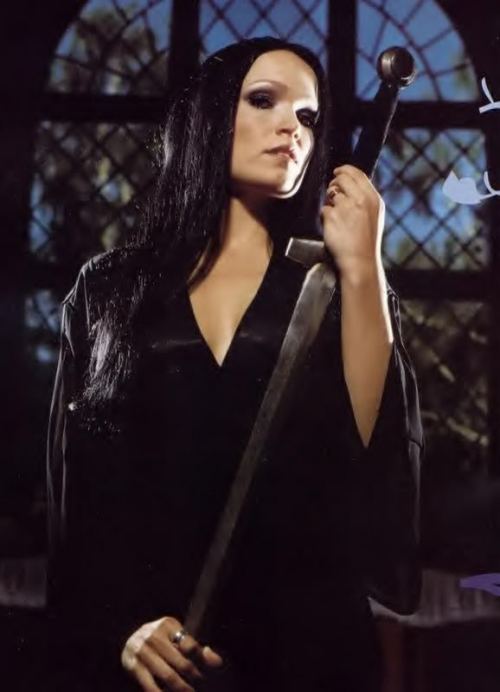 Whatever, mate, you’re the one with the sword. Quit looking at me!

She also promises a new solo record next year – following the recent Harus album of traditional Finnish odds and sods – which will delight fans who love to hear her classically trained voice laying waste to the idea that rock bands don’t require technically proficient vocalists.

Are we now past the whole ‘Anette/Tarja’ debate, Nightwish fans, or is that still a thing?  Can’t we have both and enjoy them equally?

In a move which can only confirm their reputation as the nicest Thrash-inspired UK outfit on the block, Yorkshire’s own Evile have confirmed a UK tour for October 2012, with a Sheffield show scheduled in positively indecent proximity to my birthday.  You might say utter coincidence – I’d like to think otherwise, obviously… 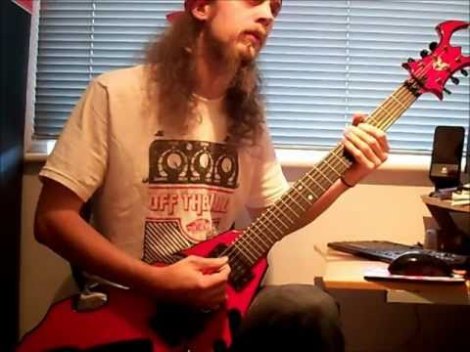 If you’re unfamiliar with Evile – I can see that you might be – let’s do our best to remedy that by directing you to the video for their delightful track “Thrasher”.  Isn’t that just the most face-meltingly quick and bracing slice of Thrashy Metal goodness that you’ve heard all day?  It’s like the mid-eighties never went away and Metallica never made a duff record.  Ahem… 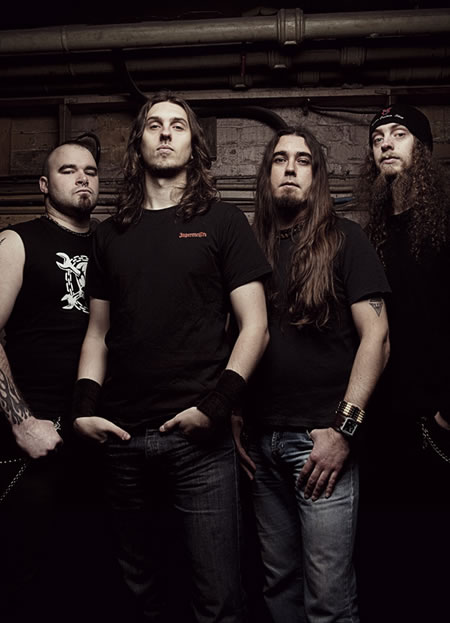 Like an oddly metallic, quite heavy comfort blanket – Evile!

It’s a weird thing to feel oddly comforted by music which is, on the face of it, quite abrasive and the proverbial middle-finger to provincial notions of safety and familiarity but Thrash/Neo-Thrash/Thrash Revival stuff is still as vital and exciting (and quite absurdly soothing) to me as it was back in the eighties when Slayer had dodgy mullets and the mighty Anthrax (always my favourite of the Big Four) were penning glorious odes to Judge Dredd.

I never quite got into Black Metal – the Cookie Monster vocals have been something of a sticking point for me – so Thrash is probably as musically extreme as I go.  Punky energy and occasionally politicised lyrics with the aural comfort blanket of 900 MPH guitar solos and Metal double-bass drums – what’s not to like?

To convince you further as to Evile’s status as princes amongst men and women, have a gander at guitarist Ol Drake fearlessly mashing up Judas Priest and Lady Gaga on YouTube with a version of “Born This Way”.  I’m sure that Mother Monster would approve… 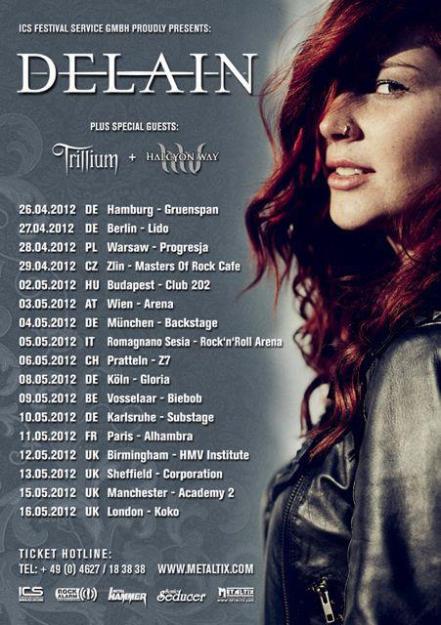 I was reading a fun post over at Electric Eye today which got me to thinking about music scenes and the ways we can support new bands at the earliest stage of their career.

It’s always tempting to go and see bands who are further up the chain – see the poster above, for the Delain/Trillium/Halcyon Way show that I’ll be going to on Sunday night – but what about bands who aren’t at the festival/releasing albums/career musician stage that Delain are at?  In this age of non-existent record sales, established labels being shut down by corporate parents and a worrying sense that rock is being marginalised ever further, shouldn’t we as music fans be taking a leaf from the punk and hardcore scenes are supporting our bands in a direct way?

I apologise if you’re reading this and I’m teaching you to suck eggs – I know that a great many music fans are already all too cognizant that it’s more difficult than ever for bands to build a career and make a living from playing music and are doing their part to directly support the music that they love.  It’s the other guys that I’m talking to.

And I recognize that it’s very easy for me to blog about this stuff and then do nothing myself to try to make a difference.  To which end – I propose a strategy, a plan for moving forward, if you will?

Every time that I go to see a more established band from now on, I’m going to try to balance that reasonably easy option out by going to see unsigned and local bands who really do need the support at this nascent stage. 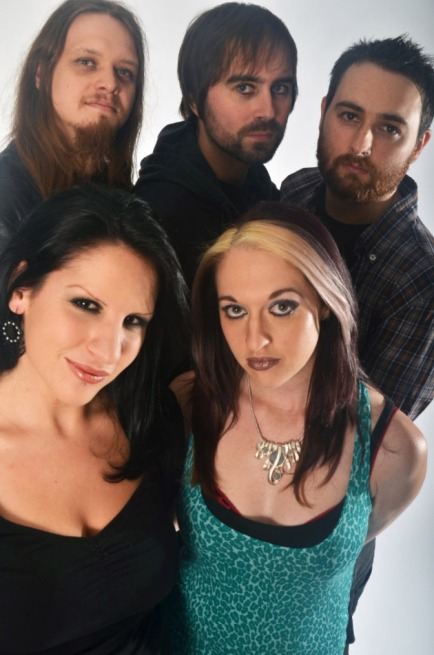 To which end, meet the first band that I intend to go and see live – Manchester’s Gone Til Winter, who are due to play at the Dove & Rainbow in Sheffield on Friday 11th May with Awaker in support.  I’ve been listening to and enjoying their stuff after seeing them linked on Spotify.   Their website, linked above, has an embedded music player so that you can make up your own mind.

That’s the plan – it will get me out to more gigs and I now have an excuse to plant myself directly in front of bass players and get a sense of what they’re doing in a live situation.  Win-Win! 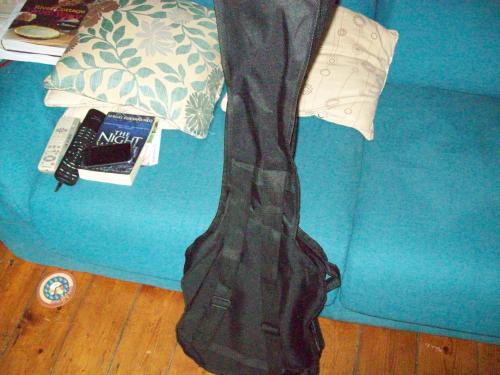 A mystery bag - but what could it contain?

Right on schedule, as I hurtle towards my 40th birthday in the Autumn, comes the opening salvo in what promises to be a truly HILARIOUS mid-life crisis.

Whilst I have so far resisted the urge to buy an absurd sports car and a questionable pair of leather trews to accompany it, I have rather caved in on the ‘living out your teenage musician fantasies’ aspect of that regrettable, middle-aged bloke’s triumvirate of woe and bought… 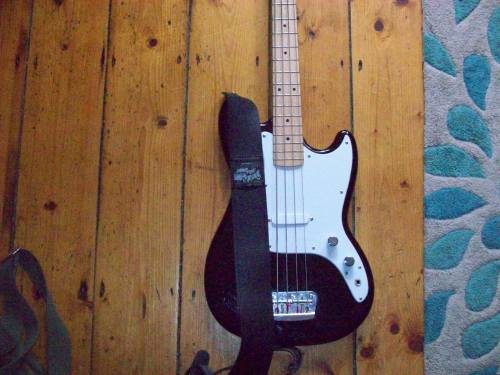 Behold, my mighty axe! And weep in awe as you gaze upon its affordable curves and single pick-up!

A bass guitar.  Yep, I’ve resisted the urge to believe that I’m going to buy an entry-level guitar and be transformed, overnight, into Joe Satriani and instead plumped for an instrument which is, frankly, far more in keeping with my disposition. 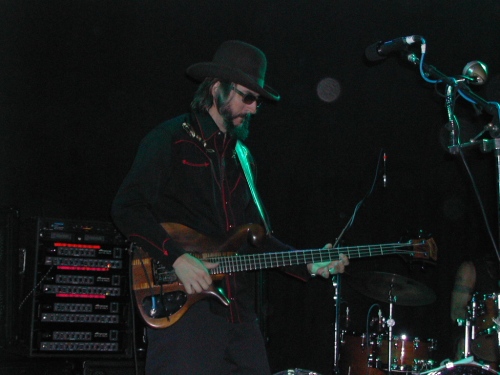 Les Claypool of Primus - knows his way around four (or more) strings...

Just a pro-tip for anybody out there of a similar age who’s thinking about taking up music in your dotage – don’t go to YouTube and check out videos of Les Claypool from Primus in full-flight – it’ll only depress you.

Nope, with the best will in the world, I would love to keep going and learn as much as I can on the instrument, but my goal is to be able to play along to songs that I love and maybe jam with mates at some point – musical virtuosity is a boat which may have sailed, I fear, but musical competence is the middle-of-the-road goal that I’m setting out to reach. 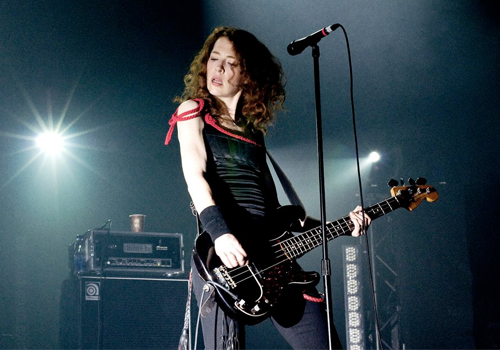 I’ve been to see Melissa Auf Der Maur, and on top of being the most glamorous and unflinchingly eccentric Canadian arty space viking that I’ve had the pleasure to encounter, she’s also a kick-ass bass player and quietly distinguished and singular stylist to be reckoned with.  If I can get to approach being as rhythmically solid and cool as she is, I’ll be quite chuffed.

More progress reports will be with you as and when I, you know, make some actual progress… 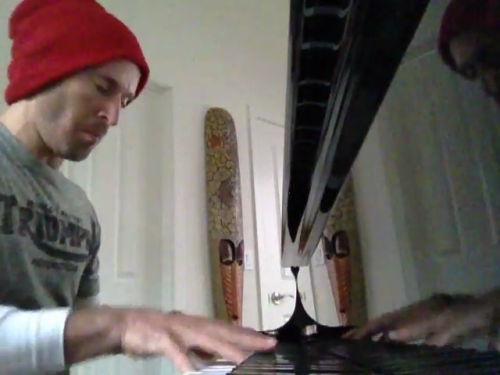 Love “Doctor Who”?  Love the good Doctor’s musical stylings? Then you’ll be wanting to head over to YouTube to watch composer Murray Gold rock out a version of “I Am The Doctor” on his old Joanna.

Tagged as Doctor Who, Eleventh Doctor, I Am The Doctor, Murray Gold, Music

Gamespot in the US has a cool interview with Cris Velasco and Sascha Dikiciyan, the composers of the score for Relic/THQ’s “Warhammer 40K: Space Marine” game, which includes some streaming tracks for you to listen to. 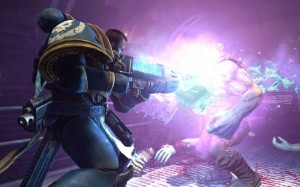 “Titus’ Theme” is the stand-out from this selection but the game’s score is a superb piece of work – I hear that it gets a release outside of the Collector’s Edition later in September.  Which will be nice, as I bought the regular edition of the game. 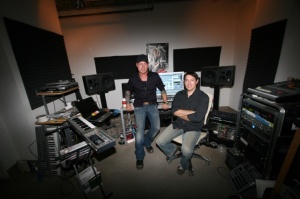 Making music to slay Orks to...