Over at Den of Geek, Simon Brew’s written an intriguing editorial about why nerds hate on other nerds. 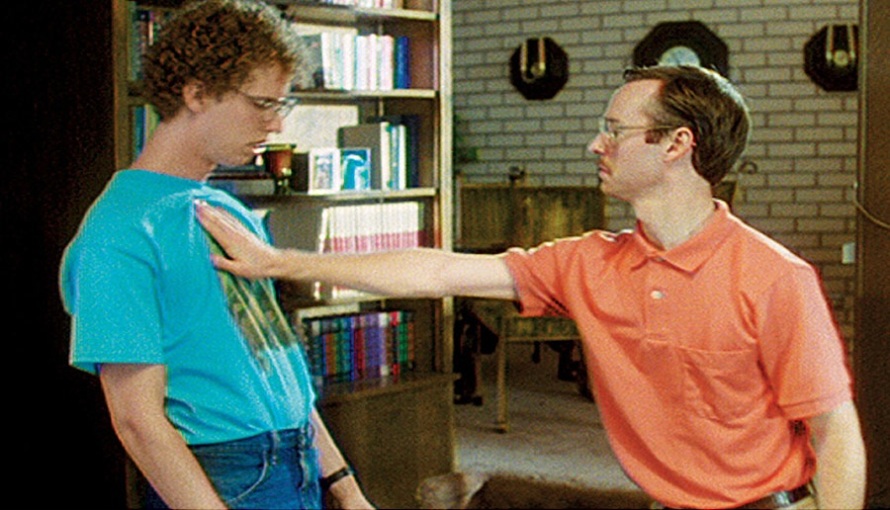 It does get you thinking – why, when so many of us are ostracised on a daily basis by peers and colleagues for our geekery, do we then go home and head online to duke it out virtually with people that we probably have quite a lot of common ground with?

Self-hatred?  Blind dislike of media property X obscuring the fact that it’s no better than media property Z which we’re totally enamoured of?  Not having anything better to do?  Or our old friend, Blessed Internet Anonymity?

Whatever the reason, there’s no rationale for it and it just makes us look stupid.  Leave the blind hatred to the Sports Ball fraternity and let them waste their energy on pledging their troth to multi-millionaire half-wits who don’t know that they exist.

We’re supposed to be busy inheriting the earth, for pity’s sake!

They inspire debate, prompt normally rational people to fume (“There’s no way that ‘Pretty in Pink’ is a better John Hughes flick than ‘Sixteen Candles’ – as if!”) and get those all-important clicks, hits and page views which underpin website visibility.

Empire magazine is at it again and have sought the earnest opinings of their readership as to the vexed question of whom the sexiest cinema characters of all time.

And, as you might expect, the results skew somewhat nerd-centric.  Check out the character chosen by male readers as their hottest of all time… 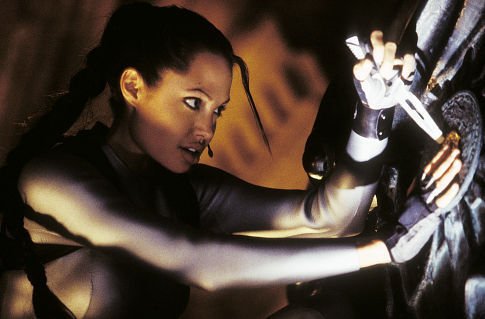 I know, right?  How very unexpected.  But, utterly in sync with the fanboy demographic who seem to be Empire’s bread-and-butter nowadays (or a sign that the Lara fan base voted early and often).  I’m kind of intrigued to see the amount of fetish-identified characters at the top of the list – with “Underworld” heroine Selene, the Michelle Pfeiffer iteration of Catwoman and Jessica Rabbit in 4th, 3rd  and 2nd places respectively, it’s like a ‘specialist interest’ website list or something.

As for the male characters, we’re going with the archetypes – this fine chap is number one. 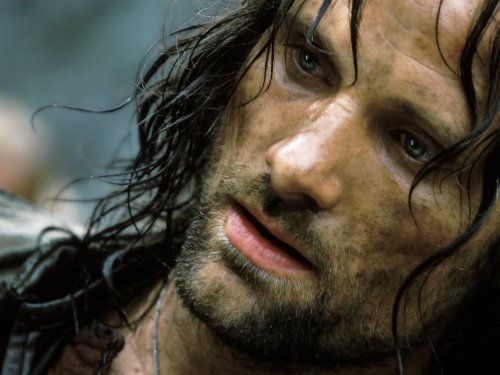 Hmm...you would, wouldn't you. Just saying.

I hesitate to say that women have better taste in these lists than men do, but, you know, they kinda do.  The list of hottest male characters isn’t quite as pneumatic, rubber-clad and skewing towards ecdysiasts as we see in the list of female characters.  Does this speak to an essentially male nerd inability to deal with women more complex than the broadly-drawn Frank Miller archetypes so popular in our entertainment genres?  Probably so, sad to say.

So long as they kick ass, look sweet and fill out a rubber/leather catsuit, the geek hive mind seems paralysed by the visual and ill-equipped to deal with anything more complex.

Aragorn’s got depth beyond the grizzed good looks and soulful eyes – Lara?  Daddy issues and a cut-glass accent.  And the other assets, which I won’t insult your intelligence by discussing further…

Most lists of this type are now subject to the vagueness of memory – you vote for what’s in your head at the moment that you’re filling in the online form – or the demands of a devoted internet community who mobilise to perform the kinds of ballot box stuffing which sees Lara – a character not currently foremost in the popular consciousness – storming the chart.

What I’m getting at, fine reader? 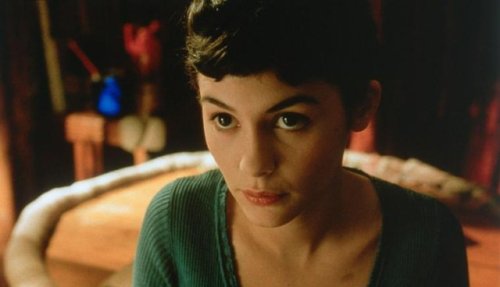 How is Amelie Poulain not number one, dag blast it?!  Gorgeous, possessed of an actual character and indelibly etched in the mind of anybody who saw Jean-Pierre Jeunet’s breakout international classic.

Male nerds, I despair of ye – you’re supposed to be my people!

For Rich Nerds Only… 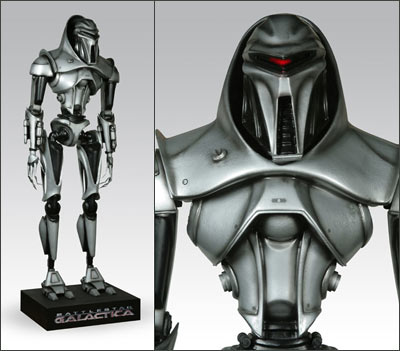 Well, it's a conversation piece, I guess?

Over at Topless Robot today there’s a story guaranteed to give you pause for thought.  In these financially challenging times it boggles the mind slightly that there’s a market for a $7000 Cylon replica, but I guess that rich nerds need interior decor just like the rest of us.

I can’t imagine being able to drop that amount of cash on stuff which is basically – with the best will in the world – pointless and exists mostly to demonstrate that you’re the kind of geek with enough disposable income to buy elaborate props, movie costumes and collectible ephemera.

If that’s your bag and you’ve got the cash, more power to you.

Tagged as Expensive Geek Toys, For Rich People Only, Nerdery

Another day, another Joss Whedon project…

Hi, happy Tuesday to you.  No sooner have you absorbed the idea that Joss Whedon managed to direct “The Avengers” and then swiftly made a contemporary adaptation of “Much Ado About Nothing” than the news comes of another Whedon project. 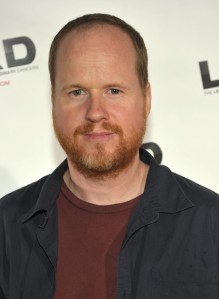 Empire reports today that Whedon’s micro studio Bellwether Pictures will produce the next film from indie director Brin Hill, a ‘metaphysical romance’ titled “In Your Eyes”.

So, next year sees “The Avengers”, “Cabin In The Woods”, “Much Ado About Nothing” and possibly this too. Not so much a release schedule as an avalanche of awesome.  ‘Does Want’, as I believe some of the meme-addicted young people may have said, some years ago,.

Tagged as Joss Whedon, Much Ado About Nothing, Nerdery, The Avengers