Which, to his fan base from “Friday Night Lights”, can only be a good thing. 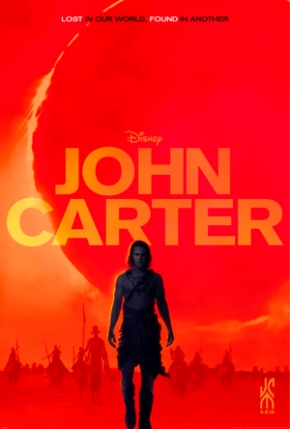 In their continuing effort to light a fire under the marketing effort for Andrew Stanton’s epic pulp sci-fi adventure, “John Carter”, Disney have placed ten minutes of footage from the opening of the film online, which you can view here on the Disney Movie Trailers YouTube channel

It’s every bit as handsomely staged and detailed as the advance word would have it, and the escape gag woven through the opening sequence is genuinely funny and delightful in it’s escalating absurdity.

I didn’t really need confirmation that this was a film I was interested in seeing on opening weekend, but this extended first look underlined things a little for me.

Let’s hope that enough people agree for this much ballyhooed but equally controversial film to enjoy a decent opening weekend.