On Dragons and St George…

Yay! It's a national day - let's kill a mythological beast!

Don’t worry if that means absolutely nothing to do you – it doesn’t really seem to register for many of us Brits either.  When it comes to holidays meant to celebrate our greatness as a nation or instill any sense of national pride in us, it’s very much the British way to sweep such things under the proverbial carpet and hope that nobody makes too much of a fuss when we ignore them.

National pride and that sort of thing  – a contemporary Briton craves not these slightly disconcerting and uncomfortable things.  That way lies…unpleasantness.

Anyway, in the spirit of ignoring St George and his lizard-phobic ways for another year, I’m taking a leaf from Metal Hammer today and scribbling a few lines about Dragons, Pop Culture and things that go awesome in the night.

1) Toothless – from “How To Train Your Dragon“

Adorable, heroic and capable of snapping your cynical heart in two (despite existing solely on render farms and server blades and that kind of digital carry-on), the star of DreamWorks’ “How To Train Your Dragon” is the kind of mythological fellow that you pull for even as you realise that he’s a fictional creation and, let’s be real here, doesn’t exactly need my help to rock the house.

Appearances can be deceptive...

You want another reason “X-Men: The Last Stand“ was well, pretty rubbish?  Kitty Pryde appears in Brett Ratner‘s superheroic flim-flam fest, thus wasting our time and a perfectly cast Ellen Page‘s, and doesn’t get to bring her best alien bud with her.  No sale.  Lockheed, however, is still made of Rock. 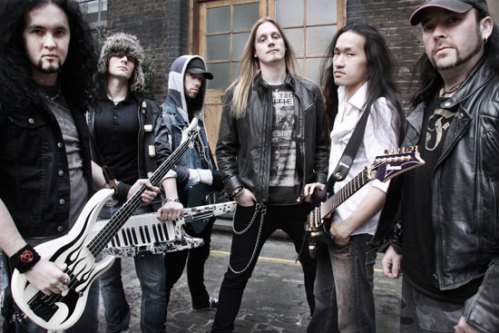 Regular readers of this blog will know (and may well lament) my regrettable propensity towards loving the sub-genre of Heavy Metal known as Power Metal.  Songs about our Dragon friends are not only the abiding song subject of choice for bands like these – they’re so dominant a topic that it’s almost a meme in metal-loving circles at this point.

As I’m totally down with the high-pitched squeals and widdly-widdly guitar solos which resonate in this sub-genre, it’s a done-deal that I’m going to be a DragonForce fan.

Need a reason?  THIS should suffice. 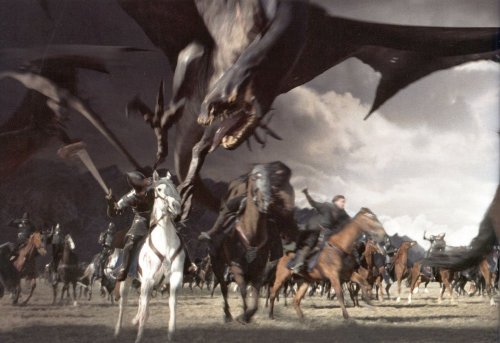 This is why you just grab a giant eagle and head straight for Mount Doom...

There’s some contention to be had about whether these guys are proper dragons or not – I fancy that they’re possessed of physical characteristics which make them as near as dammit Dragons – your fantasy nerd mileage may vary.  They swoop, they terrify, they convey fairly unpleasant villains on their scaly backs as they lay waste to cities.

Best Miyazaki movie ever? I dunno, but it's a work of genius...

There, barely a single song from a European Power Metal band about slaying the blighters – I’d call that a result…