“[I’m open to] all those things, if it’s True Lies, Terminator, a well-made Terminator…the last one was awful. It tried hard, not that they didn’t try, the acting and everything. It missed the boat.” – Arnold Schwarzenegger, April 2012. 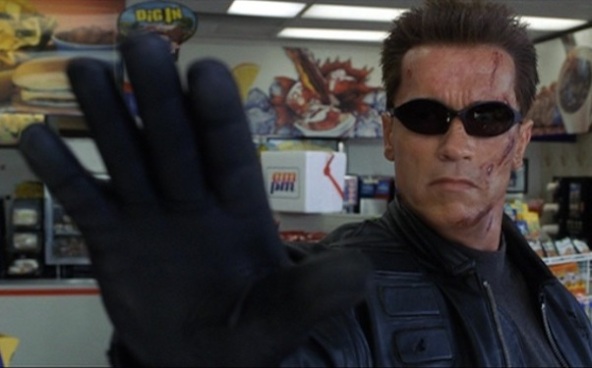 Hold up, hold up – Arnold, I’ll let you finish, but know this – “Terminator: Salvation” really isn’t that bad.  And it’s a lot better than the godawful, woebegone, half-assed “Terminator 3: Rise of the Novelty Sunglasses”.  A film, lest I forget, that was reviewed by Mrs Rolling Eyeballs thusly – “After making me sit through this, you’re lucky that I didn’t divorce you”.  But then, I had to go and see “Something’s Got To Give”, so I figure that we’re essentially even…

If “Terminator: Salvation” is guilty of anything, it’s that it feels really episodic  – generic action sequence follows intense dialogue exchange and begets another huge action scene – and suffers a little from what we know about star Christian Bale‘s on-set temper flare-up – when you watch Bale’s John Connor in the film get all method and ticked-off, its hard not to expect him to suddenly get riled and start to fire his co-stars and demand better acting talent to work with.

I’m always going to be interested in seeing another movie in this universe – hey, I was hyped for part three before it opened and, well, you know how that turned out – and I really feel that it might be time to do the previously unthinkable and acknowledge that perhaps we don’t need to have Arnold present to make a film which is canonically acceptable and not painful to watch.  In fact, at this point, might it be argued that Arnold is more of a hinderance than a plus point?

Somebody call Timur Bekmambetov – if any cat can make a balls-out, utterly crazed “Terminator” movie that could erase the memories of recent instalments, it’s him.

And this is why I’m such a curmudgeon – Young Moviegoers “happy to text during movies”.

The urge to snatch mobiles out of people’s hands when I see them being used during films is one which has never quite escaped me and  one which I don’t act on as the inevitable repercussions of doing so are much worse than the annoyance of putting up with people whose ability to behave responsibly and with consideration for other people speaks volumes about their upbringing.

Cinemas which are now fitting all manner of gizmos and gadgets to enhance the cinema-going experience would get my business if they decided to fit elective ejector seats to allow disgruntled patrons to take a hands-on approach to the topic of audience irritants.

I'd pay a ticket premium to do this to texters in cinemas...

Simply put – if you think that this is an acceptable way to behave and that it doesn’t cause other members of the audience distress or annoyance then I really want to be in the crowd on a day when somebody else loses their rag with you and gives you a makeshift cellphone enema.

As for the notion in the linked story about cellphone-friendly screenings for teens and twentysomethings who can’t last an hour or two without scanning their Facebook or Twitter accounts – the Emmerich-style apocalypse can’t come quickly enough for those people.

It’s a tough life being in the most loathed band in the world. 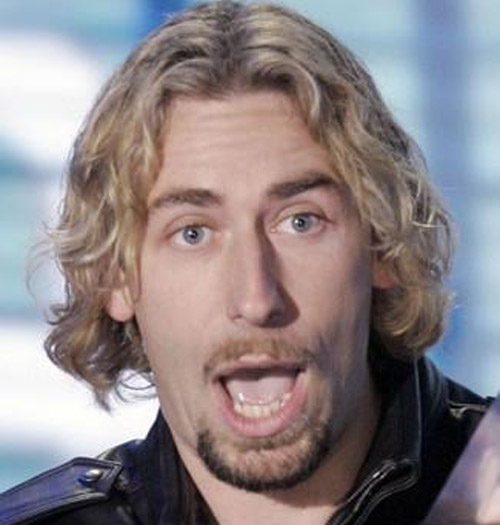 Despite having more record sales, successful world tours and fans than they know what to do with, Nickelback still cop for flak wherever they go – mostly, I imagine, from  hipper-than-thou, online-centric,  indie music fanboys.  Or people with ears (sorry – had to go there). And whilst nobody is required to be rational or sensible when discussing music on the internet, I would venture that much of the disdain aimed at the Canadian rock band far outweighs their significance.

You can always, after all, turn to another radio station or ignore them entirely, going about your day as though nothing of value was lost to you.  But then, that’s a rational response to a minor first world problem and that kind of thinking could break the internet forever.

To get back on message, Nickelback have struck back, via the most deadly weapon in any modern media-savvy celebrity’s arsenal – their Twitter feed.

Run for the hills – the drummer’s sent you a mean tweet!  Oh, snap!  That snarky @reply just came from the jewel-encrusted smartphone of Chad Kroeger himself (or the guy that Chad Kroeger employs to…you get the picture).

Where will it all end?  Probably with things going a little something like this (video features very NSFW language).  We can but hope.